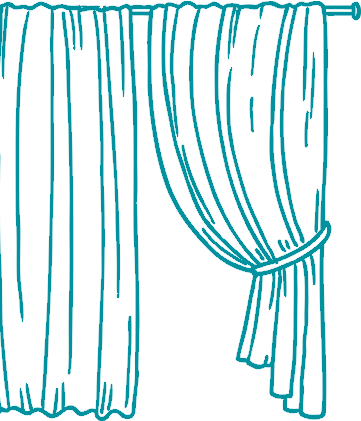 Does the Emil Center Clinic have a proper license to operate?

Is it permissible to visit patients while they are at the Clinic?

Relatives are allowed to visit patients staying at the Emil Center Clinic for an extended period. Visits are only once a week on Tuesdays from 2:00 pm to 5:00 pm or on Saturdays from 1:00 pm to 5:00 pm. In any case, visits are made in agreement with the therapeutic staff.

How long does the treatment last?

The minimum period for treatment at the Emil Center is one month (30 days). We are prepared to receive a patient for any period, ranging from one month to six months (maximum period for treatment). Each patient has a personalized treatment plan, tailored by the therapeutic team. Considerations are taken into account in the construction of the individualized treatment program, such as: the patient’s medical condition, progress, the change that has taken place, his willingness to deal with reality and other aspects.

Can the patient go on a home visit, medical tests, etc. during treatment?

Once a patient enters a therapeutic process at the Emil Center, he is not allowed to leave the place without the escort of one of the staff members. Departing from the institute is only made in cases of medical tests (if necessary) or legal matters (court hearing, meeting with probation officer). Home visits are made possible after a certain period of time in treatment and in accordance with the decision of the therapeutic team.

Is the treatment at the clinic anonymous?

The treatment at the Emil Center Clinic is carried out with complete anonymity and discretion. The patient’s name will not appear in any system, such as the Ministry of Health, Welfare, etc.

There are several types of prescription drugs, which can be addictive. These are drugs that have an effect on the nervous system, and their use is accompanied by side effects that may appear in different systems. Sometimes, the patient has no escape from regular use of this type of drug, at least for a certain period of his life. After a prolonged period in which the patient needs this type of drug, when it is decided for some reason to discontinue it, he will have to undergo a process of withdrawal from the drug. That is, after their period of use, the body develops a dependence on them to achieve balance, and when there is no longer any need, the body has sometimes difficulty to get rid of the dependence. The rehab process of addictive prescription drugs of the type mentioned earlier should be done slowly and gradually, as it is accompanied by many difficulties. The procedure should be supervised by the attending physician (usually a psychiatrist), who should determine how to reduce the use of the drug for some time, and when to lower the dose again until the drug is completely ceased. This process should be carried out in a controlled and planned manner, taking into account the side effects caused by it. It is a long and complicated process, during which the body is supposed to reach a new balance, after the last traces of the drug have been “removed” from the body.

The Emil Center Detoxification and Rehabilitation Clinic in Israel provides patients with an anonymous and unique framework for addressing the problem of alcohol addiction. The rehab process is carried out by professionals with extensive experience and broad knowledge of the subject. Our clinic combines physical rehab with mental rehabilitation. The team is multidisciplinary and includes professionals in the field of Narcology, clinical and social fields. This variety of specialties allows for a more accurate professional response for every person in need of help.

The Emil Center Clinic staff are experts in detoxification and rehabilitation of drug addicts. The diagnosis is carried out by the Clinic’s medical staff, to determine the physical condition of a patient. According to the diagnostic findings, the patient starts receiving medication, according to the doctor’s recommendations. During the first period of the patient’s treatment at the Clinic, he undergoes a process of physical rehab – Detoxification. It is very important to understand that a complete and immediate cessation of taking drugs or any addictive substance can lead to acute withdrawal symptoms. These symptoms may be physical (pain, vomiting, diarrhea, sleep deprivation, abdominal pain, sweating, accelerated heart rate and more) and/or mental, and usually these symptoms appear together. The duration of detox is relatively fast – between a few days and a few weeks, but as far as rehabilitation is concerned, the process can continue beyond a year.